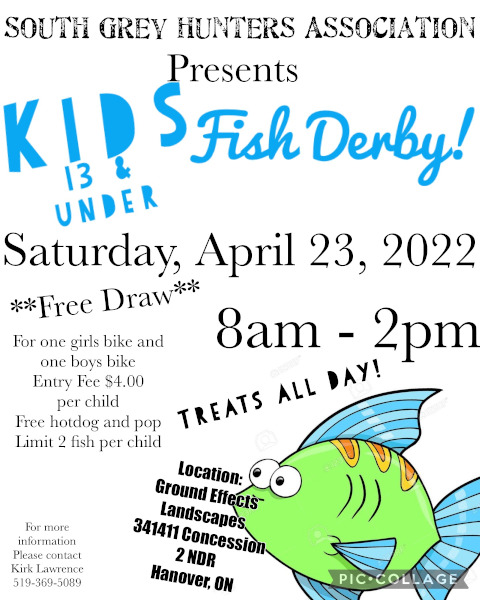 We will update as the situation with the pandemic evolves.

Club Meetings – Are suspended due to the pandemic. Typically they are held the first Thursday of every month starting at 7:30 pm at the club house. Meetings are not held over the summer months of July and August. Nov Meeting – held the week after hunting season.

When you receive your OFAH membership card — please note the discount sticker on the back of the card. It is a barcode and can be used for discounts on certain items at Marks, and Peavey Mart.  Please ensure that you read and sign your membership card in order that it be valid!

As an OFAH partner in conservation, Peavey Mart (formerly TSC Stores) is proud to share in this incredible program with OFAH Members. With their Partnership Card, OFAH Members will receive incredible savings everyday at Peavey Mart, plus special monthly offers.

Visit www.peaveymart.com to find a Peavey Mart near you.

PLEASE SEE THE NOTICE FROM THE OFAH REGARDING INSURANCE.

Sadly, our club has lost 2 long time cherished life members over the last year – we wish the best that the happy hunting grounds hold, for Al Day and Dave Lawrence – you will be fondly remembered and will hold a special place in the stories that will be told recounting your quests.

For Al and Dave:
Do not stand at my grave and weep;
I am not there, I do not sleep.
I am a thousand winds that blow.
I am the diamond glints on snow.
I am the sunlight on ripened grain.
I am the gentle autumn rain.

When you awaken in the morning’s hush
I am the swift uplifting rush
Of quiet birds in circled flight.
I am the soft stars that shine at night.
Do not stand at my grave and cry;
I am not there, I did not die.

NOTICE: There will be a temporary change in the OFAH insurance program starting January 1, 2022, that will result in a brief reduction in the excess personal public liability insurance coverage from $5 million to $1 million. This applies to active members and those renewing on or after January 1, 2022. New members joining on or after January 1, 2022, will not be eligible to receive excess personal liability insurance coverage during this temporary disruption time. This temporary change will not affect the $5,000 Accidental Death & Dismemberment policy (e.g., accidental death, Lyme disease coverage, medical travel and expense coverage) for active, renewing, or new members. It also doesn’t affect the primary club insurance program. At this time, we are very close to signing an agreement with a new insurance company as the primary underwriter of the coverage. The holiday season has caused delays and our new insurance program won’t be ready to launch until early 2022. We appreciate your patience and apologize for the disruption and any inconvenience this may cause. Why is this happening?

This disruption is the result of our insurance provider (SGI Canada) ending their group insurance programs. The reduced coverage was secured as a temporary insurance extension through SGI Canada to allow us to finalize an agreement with a new provider that will enable us to offer the coverage our members have come to expect, which is the most comprehensive insurance coverage available.

All active (joined prior to December 31, 2021 and remain in good standing) and renewing (on or after January 1, 2022) OFAH members, both club and individual, will be covered by the SGI Canada extension, including $1 million excess personal public liability insurance coverage. This coverage will NOT include USA coverage, search and rescue, and forest fighting expense. OFAH members will continue to receive the $5,000 Accidental Death & Dismemberment policy. When our new program launches (date TBD), all members will automatically receive and be covered by the full coverage. No further action will be required by the member.

Unfortunately, SGI Canada is not willing to assume any new exposures with this extension. This means that we are not able to offer excess personal public liability insurance coverage to new members until the new program launches. When joining the OFAH during this disruption, new members will receive the $5,000 Accidental Death & Dismemberment Policy. When our new program launches, all active members (including those who joined on or after January 1, 2022) will automatically receive the full insurance coverage of the program. No further action will be required. If you prefer to wait until the new insurance program launches, then please send an email to ofah@ofah.org to let us know and we will contact you directly at that time.

As a member of OFAH Zone H, you are receiving this email to inform you that the in-person meeting scheduled for January 9, 2022 at the Sydenham Sportsmen’s Association clubhouse has been cancelled.

It will be rescheduled and held virtually through Zoom at a later date. Please stay tuned for more details or contact Zone H chair, Mike Evers, email d_evers (at) rogers.com for more information.

This just in from the Ontario Federation of Anglers and Hunters:

As a member of OFAH Zone H, you are receiving this email to inform you about the upcoming meeting scheduled for 10 a.m. on January 9, 2022 at the Sydenham Sportsmen’s Association clubhouse.

This meeting is in-person and will provide a great opportunity for you to connect with the OFAH at the Zone level and hear about both local and provincial fish and wildlife issues. You will have the opportunity to get involved as much as you wish in terms of asking questions or you can simply sit back and listen.

The Sydenham Sportsmen’s Association is located at 82535 Sideroad 6, Owen Sound.

Attendees will be required to show proof of vaccination using the enhanced vaccination certificate with the QR Code. The QR code can be digital on a mobile device or a printed paper copy. You can download your enhanced vaccination certificate with the QR code at https://covid-19.ontario.ca/book-vaccine/. You can visit your local library or call the Provincial Vaccine Contact Centre at 1-833-943-3900 to have your vaccine certificate mailed to you. As well, you can visit a Service Ontario centre to receive a printed copy.

All local public health guidelines must be followed as well. See links provided below for additional information on local measures, vaccination documents and local case counts.

We hope you can join us. For additional information, contact Zone H Chair, Mike Evers, email d_evers (at) rogers.com

Annual SGHA dues are due!  Dues are unchanged for the 2022 year:

Single membership: $53.
Family membership: $63 (member, spouse, and any dependents under the age of 25).
Club membership only: $23 (if already an OFAH member).

This just in from the Ontario Federation of Anglers & Hunters:

As a member of OFAH Zone H, you are receiving this email to let you know about the upcoming Annual General Meeting and Elections scheduled for Sunday, October 17, 2021 at 10 a.m.

This meeting will be held in-person, following current public health measures, at the Dufferin Northern Peel Anglers & Hunters in Orangeville, which is located at 593343 Blind Line. This meeting will take place in the outdoor pavilion and provides a great opportunity for you to connect with the OFAH at the Zone level and to hear about both local and provincial fish and wildlife issues. You will have the opportunity to get involved as much as you wish in terms of asking questions or you can simply sit back and take it all in.

Additionally, members in good standing will have the opportunity to participate in the election process for the new Zone executive. OFAH Zone H is currently looking for conservation minded individuals to run for the executive positions. If you are interested, please send an e-mail to current Zone Chair, Wayne Forgrave at hillview27 (at) gmail.com before October 1, 2021.

Meeting attendees will be required to complete a screening questionnaire, provide contact information, wear a mask, and follow the physical distancing protocols in place. For more information regarding current public health measure, please visit the Ontario Government and/or the Wellington-Dufferin-Guelph Public Health Unit.

The Shooting Federation of Canada has sent us their September 2021 Newsletter (#7).

The Shooting Federation of Canada will host the 2021 Annual Meeting of the Members on Saturday, September 11th from 12:00 pm to 3:00 pm ET. The Meeting will be a videoconference in an effort to engage the entire SFC membership nationwide.

Please note that members must be familiar with their SFC login credentials well in advance of the meeting. Only those members in good standing (having a valid SFC membership six months prior to this meeting) will be permitted to vote pursuant to the SFC’s By-Laws. More information here.

The SFC would like to welcome back our Olympic team of Lynda Kiejko and coach Lisa Borgerson home after a successful Tokyo 2020 Games! You’ve made us all very proud by representing the country as the Canadian Shooting Team in Japan.

The next event for our canadians will be held September 4.

The SFC is using the new classification system for pistol and rifle instituted in July 2020. We are currently working to expand it to shotgun.

Here are some details on how it works:

It should be noted that the classifications obtained prior to this new system could not be imported. In this context, a shooter can still register in the class obtained previously even if they are not currently classified as such in the new system.

A member can ask not to be classified. However, the shooter must specify this prior to each competition since several people have access to update the system.

It is still time to submit nominations for the various awards.

Although we didn’t have many competitions last year, quite a few athletes have been working very hard. There are also a number of awards for the hard-working individuals behind the scenes. This includes coaches, officials, executives and committee members. To recognize people in these later categories, we added a volunteer of the year award.

Please take the time to say thank you to the people who have put in a lot of time during this COVID year by sending in your nominations before Dec 31, 2021.

Our annual Fishing Derby, which is usually held each April, will not be held this year due to the pandemic.

Congratulations to Nolan Marshall, winner of the prize for Biggest Buck 2020. That is a dandy!

Meetings are still suspended due to the pandemic.  Watch here to see when meetings resume.

We meet at 7:30 pm on the first Thursday of every month – except the Thursday after hunting season in November, and no meetings in July and August – at our clubhouse. Visitors are welcome.

Event dates are tentative as the pandemic lingers.  Watch here for updates.